Have you ever wondered why some Jedi Disappear when they Die While Others Don’t? Why do Yoda and obi-wan bodies disappear, but Anakin Skywalker and Qui-gong Jinn’s bodies don’t disappear when they die? In this article, this is what we’ll be covering.

Why do some Jedi Disappear when they Die?

We know that Annakin, Obi-Wan, and Yoda continue on to the next realm, but why do some completely disappear when others do not? The answer is simple; Only the most powerful Jedi could become a Force ghost, as it required them to completely transform each living cell in their body to a state of total and complete pure energy.

Force ghosts or spirits can only be seen by those sensitive to the Force, such as Jedi and Sith, although it requires intense concentration to see them. 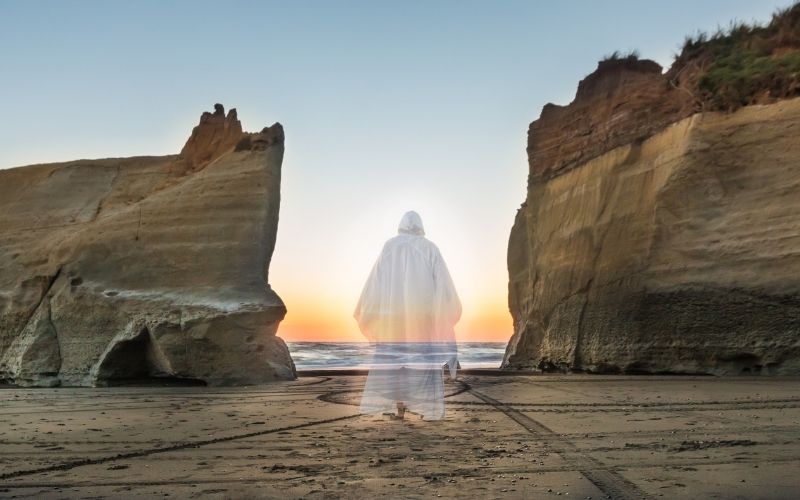 However, becoming a force ghost was only possible if a Jedi was extremely strong in the Force and had already achieved this feat before death. Not all Jedi were capable of achieving the rank of force ghost.

During their time as a spirit, force ghosts could physically interact with living beings by levitating objects or physically restraining someone or something with telekinesis, but only if they made a conscious effort.

This ability is also known as “becoming one with the Force” and is more of an advanced technique than a learned ability. Jedi Master Qui-gon jinn was the first to learn of this ability to return to the other realm. He wills his spirit then guides both obi-wan and Yoda to learn this power.

Why didn’t Qui Gon disappear when he died?

How is it that Qui-Gon Jinn’s body remained when Obi-Wan Kenobi and Yoda both disappeared upon death when Qui-Gon was the one who taught them the ability to become a force ghost?

Qui-Gon Jinn was the first Jedi Master to learn and discover how to retain his consciousness after death by being guided through the Living Force by a Force priestess.

He had been attacked by Darth Maul, leaving him mortally wounded. While beginning to die, he experienced a vision of his friend Obi-Wan Kenobi on Tatooine and “called” out to him. Kenobi was on Tatooine at the time and heard Jinn’s voice in his mind. This was enough for Qui-Gon to retain his consciousness after death and resolve to find a way to come back from the realm of the dead.

This path would eventually lead him to be able to appear as a spectral being before Obi-Wan Kenobi and Yoda as a Force spirit on Mortis, where he taught both of them the secret of becoming one with the Force.

The reason why Qui-Gon Body didn’t disappear is that he didn’t complete his training. He was called away from his training on Naboo to negotiate trade matters with his apprentice. So he could never attain all of the knowledge that would have enabled him to return from the spirit realm.

Why didn’t Darth Vader disappear when he died?

Anakin Skywalker (Darth Vader) died before he could learn how to become one with the Force, and therefore his body remained after death. However, after his death, he learned from Yoda and Obi-Wan how to become a Force ghost.

According to Wookieepedia, “Force spirits were visible to the living or other Force-sensitives as translucent blue or white shimmers of light that resembled the spirit’s former self.”

In the Return of the Jedi movie, Yoda tells Luke that Obi-Wan has become one with the Force, but Luke cannot yet see him because he is still too attached to his physical form. Later in that same scene, Obi-Wan appears as a blue shimmer of light.

Where do Jedi go when they die?

When a Jedi dies, his spirit travels to the Netherworld of the Force, a non-physical realm where disembodied sentience exists. In this realm, the Jedi can retain and hone his knowledge and power for use in future battles against evil.

DO ALL JEDI VANISH AFTER DEATH?? - STAR WARS EXPLAINED

It was only after Luke Skywalker’s confrontation with Darth Vader on Cloud City that this information came to light. Before then, Yoda had told Luke that when a Jedi dies, his power becomes one with the Force but does not exist beyond death.

However, Yoda also said that Obi-Wan Kenobi still existed in the Force when Luke returned from Cloud City. In the final battle between Luke Skywalker and Darth Vader on Endor, Luke feared that if  Vader killed him, he would turn to the Dark Side of the Force and become Vader’s slave, as had happened with his father.

At this time, Obi-Wan Kenobi appeared to him and revealed himself as a spirit existing in the Netherworld of the Force. Yoda also appeared to Luke in spirit form after his death to explain more about this netherworld of disembodied sentience. He told Luke that those sensitive to the Force can travel there while still alive.

In summary, becoming a Force ghost is an ability that only the most powerful Jedi had. As it required them to change each living cell in their body to a state of total and complete pure energy, Qui Gon could not have become a Force ghost if he had died before learning how.

Anakin Skywalker’s spirit became one with the Force after death (which he achieved by learning from Yoda and Obi-Wan how to become a Force ghost). When a Jedi dies, his spirit travels to the Netherworld of the Force, where he can retain and hone his knowledge and power.

I think Hayden should NOT be in there. If they did they might as well change Obi-wan to Ewan McGregor. Be consistent. He was old to begin with. Why mess up with something good? Seriously. I wondered why some jedi were cremated and some vanished. That was my question. I don't know if you answered it...?