The Darksaber is arguably the most unique weapon in Star Wars, given its one-of-a-kind look from its hilt to its blade. The Darksaber is further unique in the franchise since, for one to be recognized as its true owner, they must win it in combat.

Per Mandalorian custom, anyone wishing to wield the Darksaber must win it in combat.

The Darksaber is unique since it will grow heavier with each swing if the user does not know how to direct its power current. 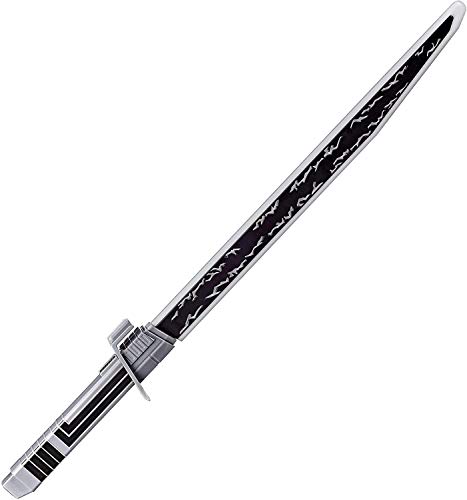 The Darksaber is unique given its shorter, black blade and aesthetics that give it the look of a traditional sword.

Created by Tarre Vizsla, the Jedi Order’s first Mandalorian inductee, the Darksaber differed in appearance from its lightsaber counterpart. Next to its unique blade color and design, its angular hilt, pommel, and emitter further gave it a Mandalorian style.

Following Vizsla’s death, the weapon remained in the Jedi Temple on Coruscant. However, House Vizsla invaded the Temple and returned the relic to Mandalore before it landed in Pre Vizsla’s hands.

Darth Maul killed Vizsla and took the saber, using it throughout several battles. Sabine Wren later possessed the Darksaber before voluntarily giving it to Bo-Katan.

It’s important to realize that whoever wins the Darksaber in combat also has the right to rule Mandalore and unite its populace.

Bo-Katan abdicated the Darksaber following the Great Purge of Mandalore and it fell into Moff Gideon’s hands in 9 ABY. And in The Mandalorian’s Season Two finale, Din Djarin won possession of the Darksaber from Gideon.

However, the House of Vizsla continued to pursue the saber, with Paz Vizsla trying and failing to win the saber from Djarin.

Why Mandalorian Proved the Darksaber Is STRONGER Than a Lightsaber! - Star Wars Explained

It’s also worth pointing out that the Darksaber is made of Beskar, so this may be why it was able to burn the alloy in The Mandalorian.

The Darksaber’s crystal is also unique, bending to its user’s thoughts and actions. The higher the user’s emotional state, the greater the blade’s power current.

It also absorbs light. So if one wielded the Darksaber in a brightly-lit room, the light would dim as it drained into the saber’s blade.

What Makes the Darksaber Unique in Star Wars?

If one claimed the Darksaber outside of combat, it was not considered legit. Despite this, there were times Mandalorian clans recognized a new owner of the Darksaber without them winning it in combat.

The most prominent example of this occurred when Sabine Wren gave the saber to Bo-Katan Kryze. Although she did not win the saber, Kryze still united Mandalorian clans to battle the Empire.

Why Does the Darksaber Need to Be Won in Combat?

However, all of the above only applies if an individual won the Darksaber. Predictably, with so much at stake, the Darksaber has a bloody history.

What if the current owner did not win the Darksaber in combat?

Mandalorian lore stated one who did not win the Darksaber would be responsible for the Mandalorians’ downfall.

And while many Mandalorians rallied behind Bo-Katan despite her not winning the relic, the Night of a Thousand Tears occurred shortly thereafter as part of the Great Purge of Mandalore.

Why Did BO-KATAN Take the Darksaber from Sabine But NOT MANDO? - Mandalorian Season 2 Episode 8

Why Does the Darksaber Get Heavier With Each Swing?

Despite the Darksaber’s unique abilities, one major drawback is that it gets heavier every time a user swings it.

This occurred to Din Djarin during his duel with Paz Vizsla in The Book of Boba Fett. During the battle, both Din Djarin and Paz Vizsla experienced the phenomenon of the Darksaber growing heavier with each swing.

Din Djarin later discovered that the Darksaber grew heavier because he fought against and not with it. 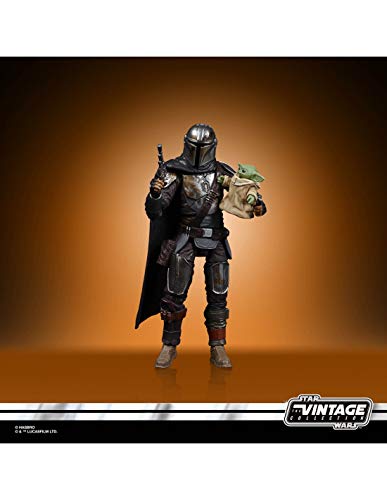 In Star Wars Rebels, Sabine Wren, training with former Jedi Kanan Jarrus, noted that the Darksaber grew heavier each time she swung it.

Jarrus explained the Darksaber is more challenging to wield than the lightsaber. Per Jarrus, since energy flowed through the Darksaber’s crystal, Sabine must direct a current of power and not necessarily the Darksaber’s blade.

Given the Darksaber’s unique crystal, its user’s thoughts and actions become energy, flowing through the crystal and ultimately becoming part of the blade.

This also explains why Din Djarin had such a rough time using the weapon. Djarin, despite having won the Darksaber from Moff Gideon, did not know how it worked. Djarin, missing Grogu, was not in control of his emotions, leading to lack of emotional discipline.

The good news regarding the Darksaber is that, once a prospective wielder has mastered their thoughts, actions, and emotions, the weapon becomes easier to wield.

Mandalorian tradition requires the Darksaber to be won in combat.

This unique relic contains Mandalorian-inspired craftsmanship, including its black, sword-like blade, slit emitter, and Beskar hilt. Its blade is also shorter than that of a traditional lightsaber.

The Darksaber is further unique since non-Force-sensitives even have the ability to use it effectively, though to a lesser degree than their Force-wielding counterparts.

Some of the Darksaber’s abilities include allowing the user to affect Beskar, and its crystal being bent to its user’s activities and emotions.

The Darksaber is also a difficult weapon to handle if one does not know how to hone their emotions. One must learn to direct its current of power, and not the blade.

If a user only directed the blade, the Darksaber would grow heavier with each swing, as Din Djarin learned when he fought Paz Vizsla in The Book of Boba Fett.